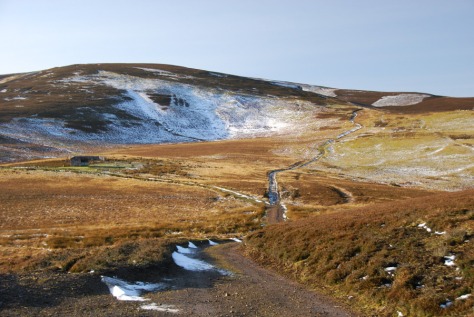 From that time, the {Britons} were sometimes victorious, sometimes the {Saxons}… This continued up to the year of the siege of Badon Hill (obsessionis Badonici montis), and of almost the last great slaughter inflicted upon the rascally crew. Gildas

516: The Battle of Badon, in which Arthur carried the Cross of our Lord Jesus Christ for three days and three nights on his shoulders and the Britons were the victors. Annales Cambraie

The twelfth was a most severe contest, when Arthur penetrated to the hill of Badon in which there fell in one day 960 men from one charge by Arthur NEN

At that point news reached the court that the Saxons & the Irish had entered Scotland & were destroying all the land & killing all the people & laying siege to the castle of Aresbeth. The king was dismayed at this news & summoned all his troops, near & far, to assemble in two weeks in the fields below {Carlisle}, equipped in full armour in order to make a show of force. LG

In the course of the centuries this church acquired a spurious dedication because of the similarity of its name to St. Bathans on the southern slope of the Lammermuirs. Even in the late Middle Ages the name Bothans became transformed into St Bothans but there is clear evidence that the original dedication was to Saint Cuthbert. It is told in the Lanercost Chronicle that in 1282 the woodwork of the choir of the church of Bothans in Lothian was being carved at the expense of the rector, ‘in honour of Saint Cuthbert, whose church it is.’